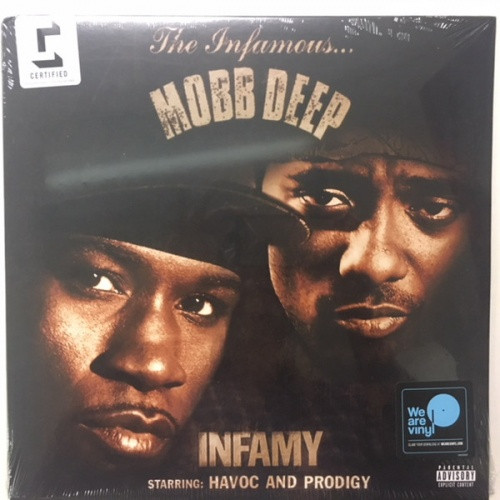 2018 reissue, originally released in 2001 - Long considered New York's most rugged and hardcore rap group of the '90s to ever make it big, Mobb Deep finally soften up a bit on Infamy. The album is a turning point for Prodigy and Havoc -- and a timely one indeed. Shortly before Infamy hit the streets, Jay-Z had blasted Mobb Deep -- as well as Nas -- on "Takeover," berating Prodigy in particular for being fake. Nas fired back on his Stillmatic album with the cutting song "Ether"; Mobb Deep didn't. Instead, the Queensbridge duo went about their business and released Infamy, their most accessible album yet -- the sort of album many fans never would have expected. Granted, Mobb Deep still rep the street life here, as songs such as "Kill That Nigga," "My Gats Spitting," and "Hurt Niggas" no doubt illustrate. However, songs such as "Pray for Me," "Hey Luv (Anything)," and "There I Go Again" sent quite a different message; the first features Lil' Mo, the second 112, and the third Ron Isley -- each there to smooth out Mobb Deep's rough sound. And it works, particularly in the case of the thug ballad "Hey Luv (Anything)," which garnered the most exposure the duo had yet experienced and introduced Mobb Deep to a broader audience.