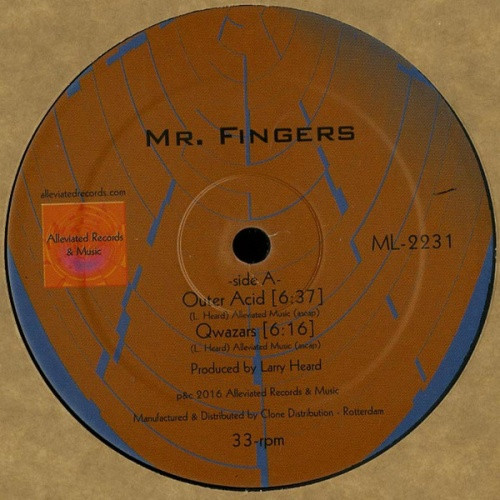 Chicago house legend Larry Heard's new Outer Acid EP is his first release as Mr. Fingers since 2005. But his return isn't to rehash or cash in on his old work, but rather to elucidate it, to carry on this dialogue with his machines in a new century.

1985 and 1986 were rather productive years for the Chicago producer Larry Heard. Using a wide array of aliases—be it Disco D, The It, Gherkin Jerks, Fingers, Inc. or Mr. Fingers—he pressed up singles like "Mystery of Love," "It's Over," "A Path," "Donnie," and "Bring Down the Walls," almost all of them epochal, codifying dance music in their wake. Heard did jack, acid, and house like few before him and fewer since, to where his decades-old productions still jerk the heartstrings, from new love to heartache, well into the present.

If you were a rock band with that many sterling singles in your arsenal, you'd release a deluxe edition and put the band back together 30 years later to cash in, but Heard's re-emergence now feels different. Late last year, he finally reissued Another Side on his own Alleviated label, rightly considered the greatest vocal house record of all time, and this month sees his first release as Mr. Fingers since 2005.

Which is not to suggest that his label has been dormant in the intervening years. Just last year, Alleviated released two strong singles from newcomers Ken Gill and Lee Pearson Jr. Collective. Heard sounds emboldened by the new blood; the four tracks that comprise this EP don't scan as old tracks dusted off and spruced up for a new generation of deep house fans, nor do they sound like Heard dabbling in the newfangled so as to prove his relevance on the EDM market. "Outer Acid," metered by closed hi-hats and canned claps, has the telltale gurgle of a 303 flowing underneath it. But Heard programs the track at the pace of a babbling brook rather than a Warehouse rager, acid house as dulcet and calming, with Heard judiciously adding a metallophone melody to give the track a buoyant charm.

"Nodyahead" is a clattering, upbeat house track while "Aether" is downtempo with a nimbus about its fringes. With its spotlight sweep of chords across the patient house beat, "Qwazars" is luminous, from its subject matter to its melody, the sample of "What’s going on?" "Quasars" dialogue (purportedly lifted from a Neil deGrasse Tyson lecture) a nice touch. It shows that Mr. Fingers’ return isn't to rehash or cash in on his old work, but rather to elucidate it, to carry on this dialogue with his machines in a new century. 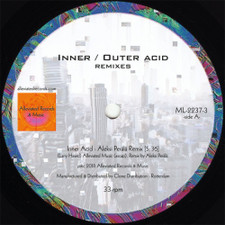 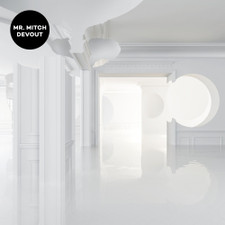