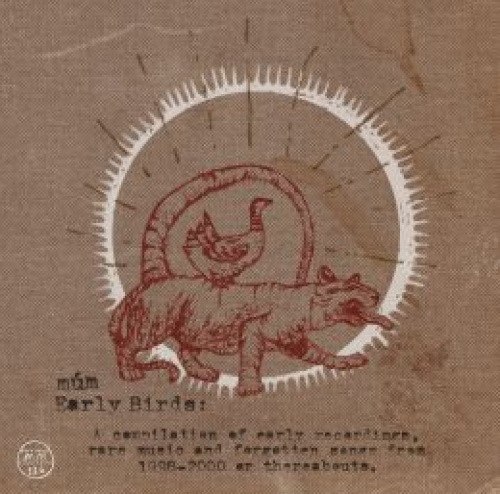 Gatefold double LP version. mum presents a compilation of 15 tracks, all of them recorded between 1998-2000 and long-lost or extremely rare, taken from demo tapes or limited edition vinyl releases. It is the year 1998: what might have been the first decade in the history of pop music that was characterized by an overwhelming sense of fragmentation is drawing to a close. Gunnar Orn Tynes and Orvar THoreyjarson Smarason have been making music together as mum for about a year at this point -- though it's not like anyone really took note of them or cared back in 1998. The two bandmates are basically nomadic drifters: they are constantly moving from one basement studio to the next, traveling through Europe, recording anything and everything that comes to mind, sampling, playing around, mixing, recombining things, and ultimately marveling at the results. And then, at a theater production, Gunnar and Orvar meet twin sisters Kristin and Gyoa. And then there were four. Early Birds is all about those days: It's a compilation of 15 tracks, all of them recorded between 1998-2000 and long-lost or extremely rare, taken from demo tapes or limited edition vinyl releases. Accordingly, you'll find not only a track from the aforementioned theater production, but also the yet-unreleased "Hvernig A Ao Saera Vini Sina," a fan favorite ever since, that was included on the soundtrack to the movie The Exploding Girl. mum had a trademark even back in the earliest days: their compositions were all about melodies. Yet, that's about the only thing these 15 songs have in common. Especially the first half of the compilation focuses more on the playful, "full of beans"-type of experimental tracks: pastiche and experimentation are key, and it's anything-goes indeed: they go from hyped-up pre-electronica to jazzy drum & bass, and they aren't even afraid to present a double-neck guitar solo a la Hair Metal done kiddie-style. However, the second half of the album is comprised of those quieter, rather massive mum tracks, with only a few analog layers, harmonious and blissful, revolving around each other for minutes. These tracks are somehow reminiscent of minimal music, but then again, they are simply too charming, too wistful and clearly not made for academics. Early Birds ends with a contemplative piece that's 10 minutes long and comprised of field recordings, harmonica, accordion, and lots of room for reverb. This final track ultimately became the "Ballad Of The Broken String" on mum's debut album Yesterday Was Dramatic - Today Is OK (MORR 058CD), though this early version is indeed quite different. When the debut dropped, mum had found their sound. The rest is history: The band was hailed as a key exponent of "electronic," and with every release, they sounded more and more unique and complete -- only to become what might be Iceland's most original band today. Features nostalgic artwork by Ingibjorg Birgisdottir, who experienced the early days of mum first-hand. Also includes a 16-page full-size booklet that explains how each of the 15 (mostly instrumental) tracks came about. Includes download code. 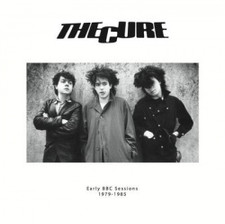