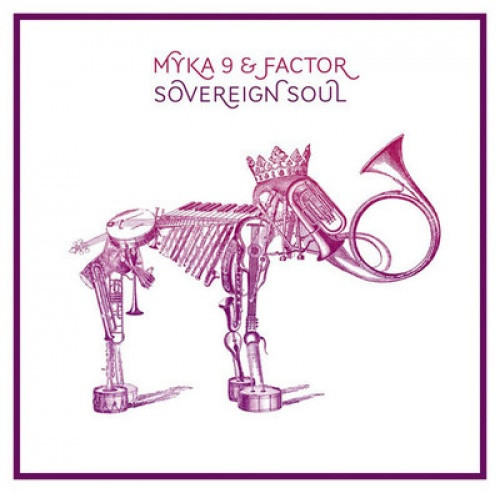 Usually, it's that you've either never heard Myka 9 or you're given to making fantastic claims about the man and about his virtuosity. Superlatives adhere to Myka, yet he is absurdly under-known for an artist of his stature, and it's this paradox that too often governs discussion of his two and a half decades in rap. (A body of work, by the way, bookended by ghostwriting two songs on N.W.A and the Posse's 1987 LP and now by this piece, Sovereign Soul.)Perhaps it's simply that Myka is more or less alone in the world of rap. His tonal palette is broader and brighter and his voice more liquid than other rappers, his melodic sensibility more unpredictably hard bop than 80's pop soul-- though he goes there too. And he has harder angles too-- peep his compelling snarl here on the street duet, "Indigenous Areas," with the elusive but excellent ERule.

Myka's legend began in Freestyle Fellowship, whose independent debut in 1991 is comparable only to De La Soul's The Daisy Age in opening up possibilities for determined experimentation in hip hop. As Pitchfork observed, "to say that Freestyle Fellowship significantly influenced west coast hip-hop is like saying that Jesus was a pivotal figure in Christianity." And Fellowship, impossibly, persists in producing "the highest standard of rhyme," as Chuck D. has it, ever confirming their mantra, "We will never fall the fuck off, we promise." And Chuck's "highest standard" is soaring: if Jay-Z has said, "If skills sold, truth be told,/ I'd probably be, lyrically, Talib Kweli," then Kweli has rapped that "writing rhymes with Myka 9" was a career high akin to his first tour with The Roots.

Myka also must be the only rapper to have attempted, as a teenager, to battle both Run DMC (with Aceyalone at a South Central Denny's) and LL Cool J (at a backyard party), though the former demurred and the latter never learned of the plot on his rep, as Myka choked on a chunk of ice from his gin and juice while en route.

All the high-flying talk, though, all of these attempts to grasp at the dazzling fact of Myka's rhymin', does a strange disservice to his work. Even if we indulge the legend, he doesn't; he's never larded his music with reminders of his reputation or references to his classics, though his career is lit with them (see, forinstance, "Park Bench People," recently and beautifully interpreted by Blue Note's Jose James).

The new classic here just may be "Mind Heights," vivid and lively though colored by a mature resignation. "It takes a real man to admit he was wrong," he sweetly sings in the song's opening chords before loosing a double-time, baritone barrage of ruminations on break-ups, class-conscious lovers, and regret. "It takes a real man to put in a song," he croons in conclusion two and a half minutes later, "and this is that song." The title of Sovereign Soul is an affirmation of Myka's whole aesthetic: searching, spiritual, and fiercely independent of the burdens and strictures of pop expectation. And the album is the work a 42 year old who happens to have invented more vocal styles than any rapper living or now with Biggie, and who toils still, crafting songs of bare soul and hard-won honesty in a carpeted one-room apartment off La Brea.

As with Myka's 2009 collaboration, 1969, the music here flows from the head and hands of Factor, a producer from the prairies of Saskatoon in Western Canada, about half a continent from South Los Angeles. Factor's aesthetic forte is a keen sense of balance, surely a testament to the fact that he began beatwork as a DJ nearly fifteen years ago. Witness, for example, the title track of Sovereign Soul, where grit-caked guitar lines snake around and counter a haunted choral loop, with which Myka harmonizes at the song's end. Or the smoky, washed-out atmospherics of "Bless Me Out" "In So Far As We Know," and "Mind Heights," which hit notes and locate moods uncommon in rap.

Factor seamlessly blends a love of heavy drums from the so-called golden age of hip-hop production with a deeply emotive melodic sensibility, enabled by his far-ranging taste in samples and synths. Rhythmically insistent yet tonally rich, rappers love to find their voices in them. Indeed, his beats have become a magnet for some of the finest emcees working: Kool Keith, Aesop Rock, Sadat X, Xzibit, Tha Liks, Pigeon John, and Buck 65, among them. Factor also crafts well-regarded solo work, such as 2010's Lawson Graham, which the Boston Phoenix named "a damn classic," and which Confront Magazine ranked the second best of 2010. 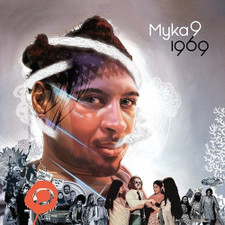 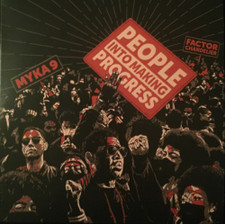 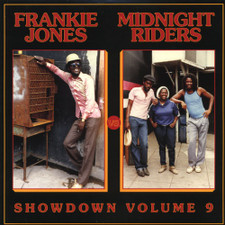 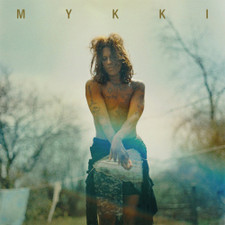