You can find the beating heart of the U.K. rap underground online, somewhere among the thousands of kids desperately spitting bars on YouTube in hopes of getting noticed. On channels like SBTV, Link Up TV, and GRM Daily, no-name rappers spit (mostly written) rhymes for “freestyle” competitions, battling for relevance in a digital Hunger Games for the chance to be anointed as the next Stormzy or Skepta.

It’s from this pool of hopefuls that New Gen was born; at first, as a showcase for promising talent stymied by London police’s aggressive targeting of rap shows, and later as an Sunday afternoon radio show on Radar Radio. The latest incarnation is a compilation of original songs on XL Recordings, a 17-track album meant to be a snapshot of the new generation of London’s rappers, singers, and dancehall kings. Grime is still the city’s most famous urban musical export, but the youngest members of the U.K. scene seem less concerned with subgenre—on New Gen, you’ll hear garage, dancehall, reggae, and R&B singers alongside the grime and hip-hop MCs, the lines bleeding between each without regard for the old guard’s gatekeeping. 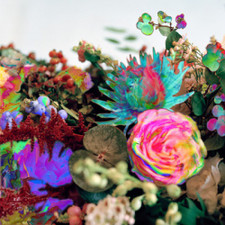