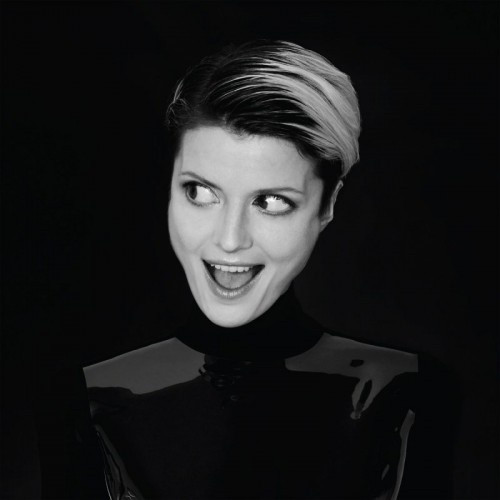 “This record is first for the body, then for the mind,” says Bell, who began writing the album immediately after seeing the film Paris Is Burning. “I started every song by thinking about tempo specifically, listening to the metronome alone, feeling its relation to my body, to the pace of the day, the weather, the light. On fast days I listened to club music, most of it at least twenty years old, and on slow days I turned to early West Coast hip-hop and Portishead because of how physically charged and compelling these records feel despite their low BPM.”

Where Olga Bell's last album, Край (Krai), offered an imaginary tour of her native Russia's hinterlands, Tempo represents a very different sort of ethnographical expedition: into contemporary club culture and '90s dance pop. In preparing for the album, the conservatory-educated musician made a habit of frequenting events like François Kevorkian's Sunday-night Deep Space parties at New York's Cielo club, where she would dance, Shazam, and, above all, listen closely to the inner workings of what she heard. (She made these research trips alone, she says, in order to avoid the distractions that would have accompanied going with friends.) Back in her studio, she browsed producers' forums to find out which VSTs young EDM producers currently favor—"I wanted to use sounds that I thought of as really commercial and almost kind of gross," she says—and she wrote out measure-by-measure transcriptions of vintage songs like Snap!'s classic "Rhythm Is a Dancer" and 2 Bad Mice's "Like It Deep," the better to understand their structural underpinnings.

But if this all sounds very academic, the project was motivated by a far simpler impulse: The desire to make joyful, body-moving music. She was especially inspired by the way that different tempos evoke different physical responses, so she began most songs by deciding which tempo matched her mood that day—hence the album's title—and then letting the music come to her as the metronome tick-tocked steadily away. The process yielded an array of rhythms across the spectrum, from woozy trip-hop to peak-time house to 160-BPM footwork.

The results resemble dance music as glimpsed through a funhouse mirror: strangely distorted, sometimes goofy, and deeply pleasing on a simple, almost childlike level. Pitch-shifted voices zoom across the stereo field like unknotted balloons, and bursts of tuned 808 toms and rimshots chatter like wind-up teeth. Common dance music tropes get magnified to exaggerated proportions: Trap finger-snaps echo through hangar-sized reverb in "ATA," and in the giddy "Randomness," trance stabs and synthesizer leads congeal into an ungainly heap, like a Jell-O mold filled with Eurodance. The bridge of "Power User" turns hip-hop's call to throw your hands up into a sing-song jump-rope rhyme. Stylistically, the music has little in common with Край; last year's Incitation EP anticipates Tempo's electronic palette but not its spunky sense of play. But what unites the three records is Bell's evident delight in the plasticity and malleability of sound. She's particularly fond of portamento, the effect that connects a run of notes in a long, sweeping motion, which she applies liberally to synths and voice alike, giving her melodies a springy, elastic sense of movement.

Bell may have trained as a pianist, but she proves to be a formidable singer: expressive, playful, inventive, and acrobatic without being showy. Just listen to the finely calibrated timing and the carefully cracked pitch of the way she sings, "You sulk, sit alone in a bar / Looking a little like a punchline, buddy" (from "Power User," which is decidedly not a toast for the douchebags). She can go from operatic finesse to a conspiratorial whisper in a single phrase, and she's never too polished to make time for hiccups, chuckles, and vocal fry. In fact it's often her voice that carries the day: Subtract the synths and beats from the gooey R&B jam "Zone," and the tune would hold up just fine as an a cappella, her multi-tracked harmonies stretched across the frame like a web of chewing gum.

Fortunately, despite Tempo's unusual backstory, nothing here scans as ironic. And in a few cases, Bell's outsider-looking-in setup has little bearing on the music itself. "Ritual," a full-blooded house anthem featuring the singer Sara Lucas (sounding a lot like Roísín Murphy in late-night-diva mode), wouldn't sound at all out of place on a crowded dancefloor at three in the morning. And the closing song, "America," makes for an uneasy comedown from all the carefree hijinks that have preceded it. Over a minor-key dirge, she gives her adopted homeland a stern talking-to—"Is that what you fear? That you're not forever?"—while tremulous organs and gleaming sawtooths explode like a halftime show. In the song's refrain, she jams an extra pause into the world and accents the final syllable—"Ameri-ca"—to make it suddenly sound foreign and strange. If the message of the song is that we can't dance away the end of empire, there's a subtler truth being made here: that we can wear our otherness like a badge of pride.1 Power User 3:48
2 Doppio 2:38
3 Randomness 2:36
4 ATA 3:45
5 Regular 3:18
6 Zone 3:09
7 Ritual 5:02
8 Your Life Is A Lie 3:27
9 Stomach It 4:33
10 America 4:18 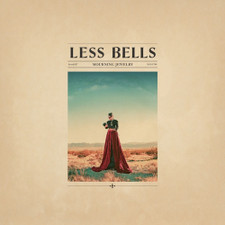