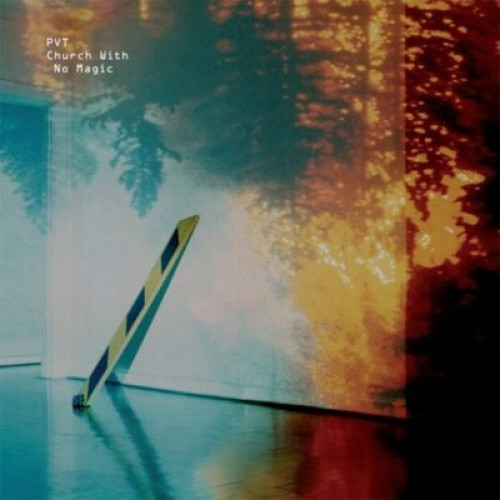 When Pivot gurgled their way into the UK with their humbly wonderful Warp Records debut [O Soundtrack My Heart](http://www.bbc.co.uk/music/reviews/wpw6) in 2008 they sounded bizarrely anachronistic, in the best way possible. A trio blissfully happy to remake the now-uncool idiom of IDM - the glitchy, head-breaking strand of electronica favoured by [Aphex](http://www.bbc.co.uk/music/artists/f22942a1-6f70-4f48-866e-238cb2308fbd) to [u-Ziq](http://www.bbc.co.uk/music/artists/aae5b930-c59c-4509-81a1-4e65e8f424e4) - in their own image, they made dance music that catered as much for the head as for the feet. While music-making gear became more readily available than ever, leading bedroom-dwellers to mash together whatever they felt appropriate to the delight of an exploding audience of bloggers, the fact they picked one sound and stuck to it made them something of a joy to listen to. Back then, they sounded like they'd not really listened to much music, instead concentrating on creating their own.

Now, reincarnated as PVT - because of a legal challenge from another band called Pivot - they're not exactly back with a bang. If anything, Church With No Magic is even more understated than its predecessor: opener Community rumbles slowly into life with an echoing, oscillating synth that sounds like something out of [Vangelis](http://www.bbc.co.uk/music/artists/57fca0e2-f9ad-4ae6-af9d-6a6f50cbcd5f)' nightmares, while the oddly mechanistic Light Up Bright Fires appears incoherent until the third or fourth listen. Waves and Radiation, on the other hand, ambles a little too far into ambience for its own good, losing its way in a mess of admittedly-pleasant twinkles and hums before petering out rather forgettably.

But let Church... play through a few times and its charms become evident. Circle of Friends and the quite lovely Window pull off the trick of sounding both claustrophobic and expansive at the same time, while the title-track is a riot of barely controlled noise that somehow reconfigures itself at the end like an exploding building viewed in reverse. They can do broody too; the worrying pulse of Crimson Swan feels like [Portishead](http://www.bbc.co.uk/music/artists/8f6bd1e4-fbe1-4f50-aa9b-94c450ec0f11) at their most menacing, a terrifying concoction of machine-like percussion and retro/futuro wisps of sound that, when listened to at high volume, feel like they're slicing the very air into chunks.

Granted, Church... employs some of the 80s sounds that have been done to absolute death by every geek with a Korg lying about his student flat, but so embedded are they within PVT's aesthetic and constancy of sound that it's easily forgiven. If their debut sounded like they listened to nothing but the sounds in their heads and tried to recreate them, this sounds like all they've listened to over the past two years is their own records, and subsequently tried to better them. They've succeeded.