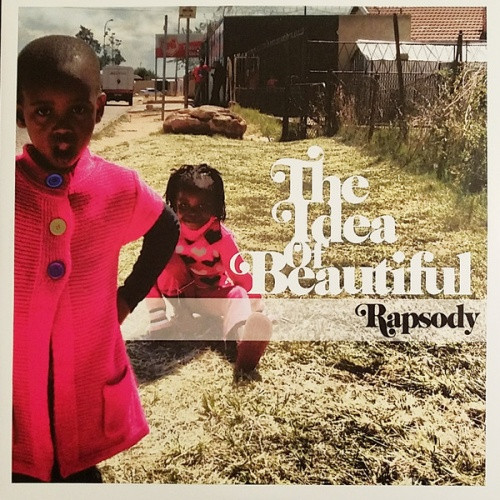 It's A Wonderful World

2018 Record Store Day release - For as much flack this age of the Internet rapper receives, its most beneficial aspect is having the opportunity to watch an artist progress over time. From her North Carolina State days to co-founding Kooley High, and now the first lady of Jamla Records, Rapsody has made significant strides in her lyrical abilities. Under the tutelage of veteran producer 9th Wonder, she has also found her voice, a distinct trait that has been in preparation since her first solo project Return Of The B-Girl. This all comes together on The Idea Of Beautiful.

In the past Rapsody has made references to her admiration for Jay-Z and Lauryn Hill, and this is evident on her debut album. On “Kind Of Love,” she forms a delightful connection with the Neo-Soul grooves that would make L-Boogie proud, while “Destiny” reads like an open letter to Hov. In each instance, she gives an appreciative nod to the golden era while establishing her new school path. And when Rapsody rhymes, she can certainly get it in. Teaming up with Ab-Soul, “Non-Fiction” is a lyrical exercise that’ll have your head bobbing to the boom bap production (“Couldn’t see me eye to eye, keep pumping your Reeboks”). For those that are still privy to simply considering her a “femcee” and not an outright representative, Rapsody makes it clear on “The Cards” that she’s holding Aces. “I play the female card to my advantage / Underrepresented now they want to see me rap in it / ‘Cause I can show emotion when most wouldn’t even show feeling / For fear of losing your edge, calling you sensitive spittin.’”

Where The Idea Of Beautiful really shines through is when Rapsody covers subjects with an intense yet graceful tone. “In The Town” examines the lost innocence of today’s youth, submerged in an environment that is limited by its own atrophy. Built over a soulful backdrop and BJ The Chicago Kid’s stellar crooning, “Good Good Love” delves into a relationship in turmoil, a result of the protagonists own doing. Emotionally immersed, Rapsody owns the words as if she was recounting a personal experience. Strong performances like these offset the few blemishes found on the album (“Roundtable Discussion,” “Celebrate”), detractions that are more due to lack of tone than effort.

The Idea Of Beautiful meticulously strings together stories of heartbreak, triumph and a love for Hip Hop in a sincere manner that will have the listener completely engaged from beginning to end. Whether the connotation of being a female lingers throughout her career, Rapsody has established herself as an emcee that has the presence and momentum to remain in this Rap game for the long term. Now that’s a beautiful thing. 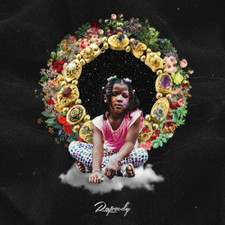