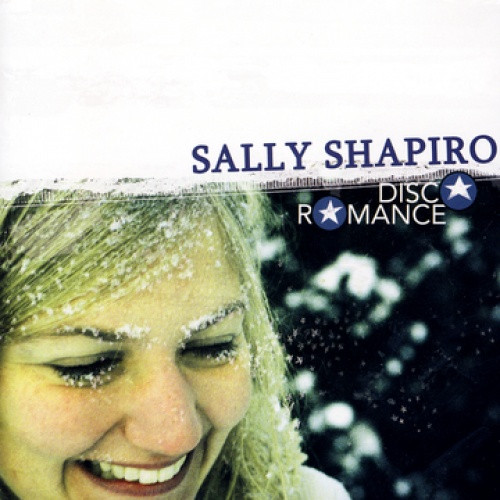 The cover photo for the North American edition of Sally Shapiro's Disco Romance depicts the Swedish singer in winter, her cheeks rosy, her blond hair and eyebrows dusted with snowflakes, smiling to herself in spite of the chill. It's a fitting image for this undeniably wintry album, conjuring not just the glacial sweep and frosty twinkle of producer Johan Agebjörn's synthesizer fantasias, but also the faint but glowing presence in the heart of the blizzard: Shapiro's soft, fragile voice, which is so thin and devoid of inflection that it ought to be impenetrably icy, but is somehow instead as warm and enticing as a cozy fire in the dead of February. A closer examination of that cover image reveals that what look like snowflakes are in fact tiny stars, computer-generated pentagrams (though they almost look hand-drawn) that could be read as a subtle reminder that the intimacy and poignant sincerity of these songs came about, in a sense, only through layers of artifice. For one thing, Shapiro herself -- or more precisely, the anonymous singer behind that alias -- remains something of a cipher. Who can say for sure whether her oft-discussed shyness (she has yet to perform live or offer an in-person interview, and reportedly she will only record vocals when alone in the room) is completely genuine or a clever piece of image manipulation. If it's the latter, that might in a roundabout way to lend some authenticity to the project. As the playfully retro, knowingly garish design of the original European cover for the album makes clear, Disco Romance is a conscious effort to recall -- indeed, to reproduce -- the sound and style of 1980s Italo disco, a genre built on cheap synthesizers, recyclable dance grooves, and interchangeable faceless vocalists reciting inane or even nonsensical lyrics. Which isn't to suggest that it wasn't great music. And this album pulls out all the right tricks to faithfully evoke Italo at its best -- vocoded vocals, spacey synth washes, squelchy electronic squiggles, octave-jumping ostinato basslines -- while also incorporating just enough variety in tempo and rhythm to avoid the genre's propensity for monotonous excess. But it also transcends mere genre exercise -- for all its facelessness and artificiality, Disco Romance is unabashedly a product of love, and it contains unexpected beauty and a depth of humanity that should appeal not only to nostalgic Italo fans, although it is undeniably suffused with nostalgia in a broader sense. Crucially, the songwriting, though essentially simple, is vivid and often penetrating in its evocations of love (sought; found; lost; unrequited). The clearest standouts on that count are the couple of numbers borrowed from Swedish indie pop one-man band Nixon (notably "Anorak Christmas," an adorable tale of new love with an indelible synth hook to match), but Agebjörn's originals are nearly as potent, particularly the warmly reassurance of "I'll Be by Your Side" -- the would-be one-off single that started it all -- and the tortured ambivalence of "I Know," whose run-on sentence of a chorus veers from hope to despair with each protracted turn of phrase ("I know you're my love/Even though/Sometimes/I believe/I will wake up from this dream..."). 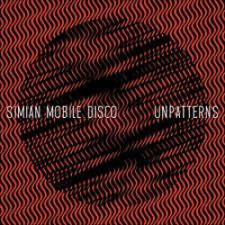 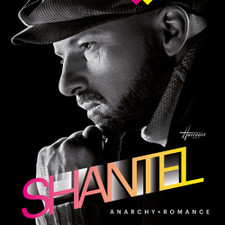 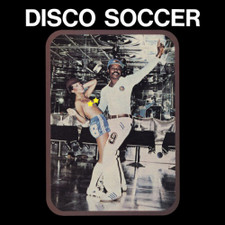