Sofi Tukker’s debut EP Soft Animals is an insatiable dance collection of jungle-pop songs with many well-executed nods towards Brazilian instruments, poets and to the national language, Portuguese.

The New York based duo, Tucker Halpern and Sophie Hawley-Weld, met while attending Brown University as seniors. Halpern had been pursuing a career in basketball while on the college’s team but was forced to quit after being diagnosed with a severe strain of the Epstein-Barr virus. He turned to music and DJing as a positive substitute, and found Sophie soon after.

The new act’s buzz bumped considerably after their first single “Drinkee” was tapped to be in an Apple Watch commercial. The music video for the song, released only a month ago, already has over a million views on YouTube. The video itself is a somewhat silly amalgam of people dancing alongside Grecian sculptures, faux jungle landscapes, ‘60s Italian fashion, and lots of zebra print. But honestly, who could turn down a party invite with all of those themes in one place? Apparently, the first day Sophie held an electric guitar was also the day the riff for “Drinkee” was created.

But it’s the carefully conceptualized “Matadora” that is the album’s show-stopper. It opens with a charango, an Andean string instrument which looks like a tiny Latin guitar, trilling expectation. What comes next is Sophie sing-chanting the poem “Relógio; written by Chacal, a Brazilian poet she met in a workshop while at Brown.

Down-tempo tracks such as “Moon Tattoo”—a seductive lunar strip-tease—and “Déjà Vu Affair” show the band’s versatility and future promise of being more than just spring break pool party music. On “Moon Tattoo” the vocals are rice paper thin, at times over-employing the idea that a whisper is the ultimate come hither.

While Sophie infuses rhythmic vocals similar to Kundalini yoga chanting, Tucker likes to add in touches of early Crystal Castles and Pussy Riot. Appropriately, this is what Soft Animals has become: a fusion of repeating lyrics purposefully and thumping house bass lines, a fusion similar to Brazil’s hot melting pot of global cultures. 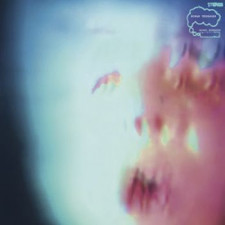