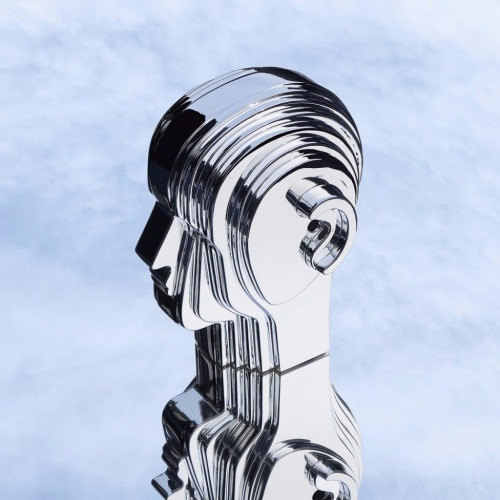 indie exclusive black & white vinyl version - As Technicolor dream synths creep to life, so begins the journey of From Deewee, the Belgian duo's eighth set and first as Soulwax in over a decade. Recorded in just one take at Deewee -- the Dewaele brothers' studio in Ghent -- the album follows 2004's electro nu-rave effort Any Minute Now and its 2005 remixed sibling Nite Versions, yet it bears more resemblance to their 2007 one-off project, Die Verboten, which was heavily informed by Kraftwerk. Melding the pounding beats that recall early Daft Punk, Vitalic, or Infusion and the indie dance stylings of contemporaries like Hot Chip and LCD Soundsystem, the combination is infectious.

Percussion plays a big role here, with no less than three drummers -- Sepultura's Igor Cavalera, Jamie T.'s Victoria Smith, and Turbowolf's Blake Davies -- recruited for Deewee. Their presence grants the album a natural, organic feel that stresses rhythm and flow. When the trio lets loose, the results are thrilling, like on the pounding punk finish of "Missing Wires" or the extended jam that summons "Is It Always Binary" to life. "Trespassers" rides the cymbals on a menacing mix of rock and rave, while the persistent throb on "Masterplanned" builds until the drums kick in, creating a glorious cacophony at the end of the track that rocks as it grooves.

This iteration of Soulwax is rounded out by Stefaan Van Leuven (bass/synths) and Laima Leyton (synths/backing vocals), whose programming and attention to fine detail create an entrancing atmospheric backbone. Album highlights include "Conditions of a Shared Belief," a synthesis of that Kraftwerk sound and the sparse synth pop of Depeche Mode or Goldfrapp; "Do You Want to Get in Trouble?," a propulsive throbber that sounds like Franz Ferdinand going techno; and "My Tired Eyes," another dose of synth pop à la 'Mode. With gapless transitions that make the listening session as much a throwback as their live recording single take, Deewee rarely bores and is over before the listener can acknowledge the end on "Goodnight Transmission."

Fans of their early-2000s work will appreciate the live instrumentation, especially the drum work, while those who remember 2ManyDJ's' classic As Heard on Radio Soulwax, Pt. 2 mix will relish the twists and turns of this nonstop ride. From Deewee is a welcome and satisfying return from the sibling pair.