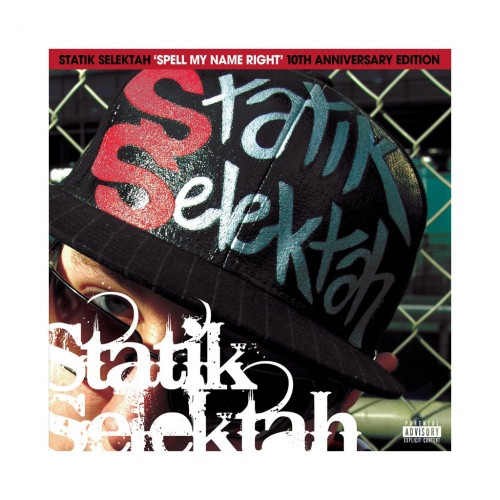 It has been 10 years since Statik Selektah's long awaited first official studio album landed, and now it's available for the first time on vinyl. Red vinyl too. It features a bona fide 'who's who' in Hip Hop from underground celebs like Skyzoo, Termanology and Reks, to legends like Kool G Rap, KRS-One, AG, Q-Tip (A Tribe Called Quest), Joell Ortiz, Freeway, Cormega, Royce 5'9", AZ, Large Pro, M.O.P., Slum Village, Alchemist, Evidence, and more.. "Spell My Name Right (The Album)" has something for everyone, with street anthems ("G Shit (Showoff Mix)"), underground bangers ("Did What We Had To Do"), straight battle raps ("Time To Say Goodbye") and even the long forgotten DJ song ("No Mistakes Allowed"). East to left coast, ALL the big dogs show up for this one, with all production by Statik Selektah. Receiving support from DJs worldwide, Kay Slay, Funk Master Flex, Clinton Sparks and DJ Khaled to name a few, Statik has risen to an elite rank with his DJing and production skills, and is set to release his 8th solo album later this year. he can be heard producing for the likes of Action Bronson and Eminem, and on his weekly radio show on Sirius/XM 'Shade 45' (Thursday Nights).

Original summary: DJ Statik Selektah has gone from behind the turntables to behind the boards, producing his entire debut album Spell My Name Right. After creating a buzz in the Mixtape game by collaborating with major emcees such as Nas and G Unit, Statik decided to further his position in the hip-hop game by producing an album packed with exclusive tracks from some of hip-hop's best talent. This album will unquestionably make everyone "Stop Look and Listen!", as the first song on the album states with help from Styles P, Termanology, and the legendary Q-tip of A Tribe Called Quest. Earlier this month mixtapes and mixshow radio everywhere starting playing the lead single, "Express Yourself 08" featuring Talib Kweli, Consequence and Termanology, a tribute to NWA's classic, but with an east coast spin. The "Express Yourself" video is scheduled to hit cable-TV and the internet this October. Spell My Name Right: The Album features a number of first time collaborations, most notably Cassidy and Freeway's "What Would You Do." RoyceDa 5'9 & Cormega team up on "Back Against the Wall", and Red Café, Term, and Mims come together on the soon to be club banger "Bam Bam", taking Sister Nancy's classic and adding bass heavy synths for a 2008 feel. DJ Premier sets off the album with his co-sign, introducing the world to Showoff Records, Selektah's label. The intro also features Statik's long time collaborator Termanology, who also appears on 6 other songs. Breaking down the wide selection of MCs featured on Spell My Name Right, Term warns of what's to come on the album. It all goes down over a Premo-Influenced Beat that reminds the listener of the feel-good boom bap sound that is lacking in today's Rap Music. 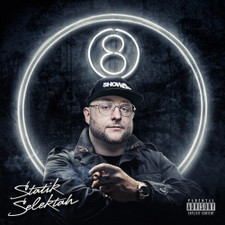 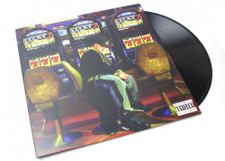