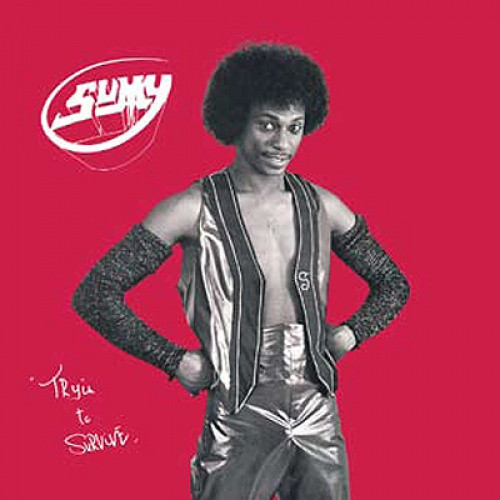 With an estimate of 500.000 inhabitants Surinam has a lively music scene. Although Surinam is a relatively unknown country, it has a strong influence on the Netherlands where many of the Surinam people have been living since a couple of decades ago. The music from the Surinam is mainly known for it's kaseko (which evolved out of the traditional kawina music) and soul music, but the Surinamese have also been active in other genres such as pop, funk & jazz.

Between 1976-1983, Surinam had a lively soul scene, and the output varied from eccentric Surinam soul tracks to more uptempo disco and boogie cross-overs. Nowadays, these tracks are becoming increasingly rare and hard to find.

Kindred Spirit's "Surinam! Boogie & Disco Funk From The Surinamese Dancefloor '76 - '83" gave us a proper introduction to these hidden gems and included "Soul With Milk" from Sumy's LP "Tryin To Survive". Rush Hour now continues this uncovering mission by making this complete eighties boogie and disco-funk album available again for a wider audience.

"Tryin To Survive" is quite one of a kind. Expect a-typical pounding rhythms, striking guitars, stabbing keyboards and synths and bursts of harmonies combine. "May Allah and the invisible god of Sumy repay my dues, for all beings are in me, but I am not in them. Ayathola Sumy! I did my best to create this product with the ones who believe in me", the creator commented. 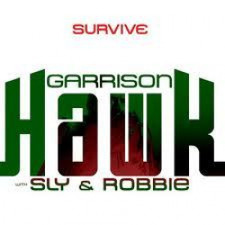 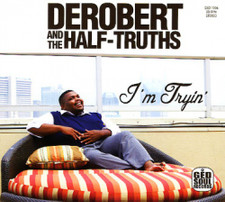 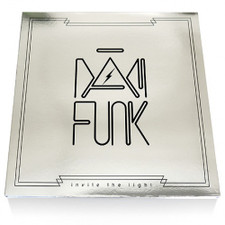