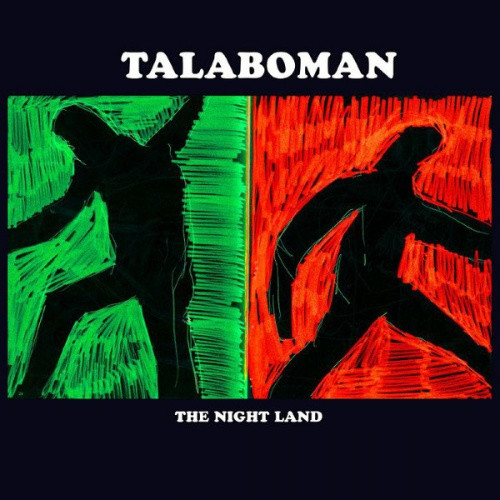 Talaboman are Barcelona’s John Talabot and Stockholm’s Axel Boman, and the goofy portmanteau is strangely fitting. The crosshatched part of the Venn diagram connecting the two artists is actually relatively slim. Both musicians make a kind of house music, both are disco fans, and both are given to bright-eyed reveries (compare Talabot’s “Destiny” or “So Will Be Now…” with Boman’s “1979” or “In the Dust of This Planet”). But that’s about it. If the tattooed Boman sometimes comes across as the wily class clown, Talabot is the sensitive kid in the corner, distracted by his colors and his books. Together, though, something interesting happens. Their collective output doesn’t sound much like either’s work; it doesn’t even necessarily reflect the thin, convex sliver where their interests overlap. Instead, they’ve hit upon something new.

The album’s long, slowly evolving tracks tend to be more mood pieces than club jams, defined less by their beats than by the rounded contours of their synthesizer patches. Album opener “Midnattssol” (Swedish for “Midnight Sun”) is a scrap of Balearic cosmic disco replete with rain sticks and birdcalls, and it sets a tone midway between ritual and celebration, private contemplation and collective abandon. Half the set hovers around that languid pace. “Safe Changes,” an emotional highlight, toys with a Kraftwerkian melody and bubbling dub delay over a measured andante drumbeat; “Six Million Ways,” a hair faster, teases a slinky arpeggio out of a murky, slow-motion house groove. The album’s other highlight is “Brutal Chugga-Chugga.” As a pitter-pat CR-78 rhythm percolates beneath the keys, their synths gradually stiffen and sharpen; the Knife’s Silent Shout briefly comes to mind, and the sound of thunder occasionally peals across the background.