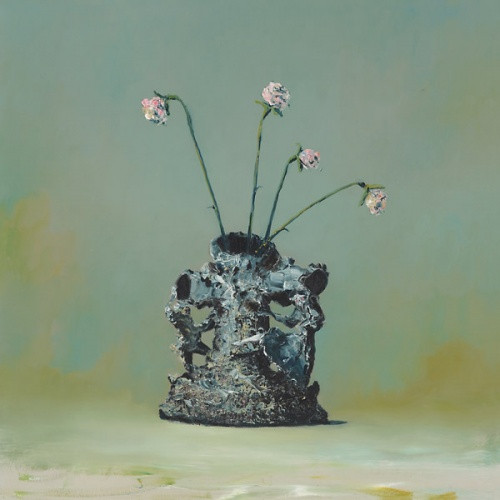 The second of six albums issued under the title Everywhere At The End Of Time, The Caretaker's fictional first person account of life with early onset dementia, takes a more wistful tack as our protagonist gradually realizes that all is not well and begins to rummage deeper into the recesses of his memory, masking emotions of grief, loss, fear, and uncertainty by deeper dwelling in the recesses of a decaying mind. As The Caretaker's short term memory functions begin to more rapidly erode, the loop-based punctuation of previous installments begin to subtly unravel, leading his mind to drift off and ponder fuller segments of tea dance strings and horns which appear uncannily more inviting, seductive, and now even more tangible than the abbreviated reels of earlier editions. Loop points wilt away in autumnal greys and russet rustles as new information becomes more difficult to process, back pedaling down memory lane toward an opaque smudge of half-forgotten/remembered spaces, places and un/familiar faces which provide more comfort and clarity than the world around him. It feels strange to recommend undergoing this experience, albeit in such an impressionistic and detached manner, but it somehow feels like a conversely enlightening one for these strange, disingenuous and unpredictable end times that we inhabit right now. Artwork by Ivan Seal. Mastered and cut by Lupo.