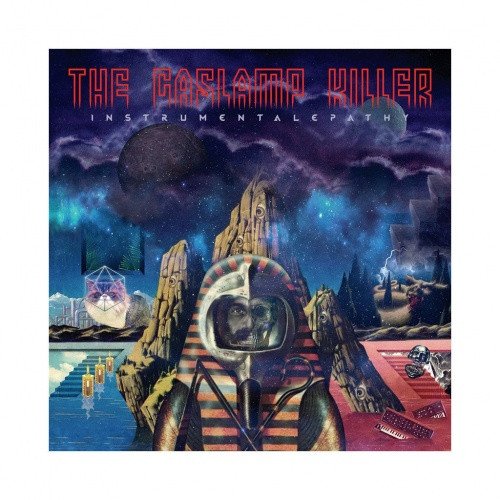 With many new roads traveled over the last few years, The Gaslamp Killer is back with the full-length LP Instrumentalepathy. Releasing on vinyl & CD formats, GLK will initiate his new imprint Cuss Records with Instrumentalepathy. French surrealism artist Albane Simon designed the cover, supplying an array of psychedelic imagery that contains a brilliant sense of connection to GLK's music & the chaos he's survived.<br/><br/>Instrumentalepathy features an impressive cast of artists tied closely to GLK over his music career with Brainfeeder, Low End Theory and beyond. Guests include Gonjasufi, Miguel Atwood Ferguson, Niki Randa, Kid Moxie, Mophono, Amir Yaghmai and The Heliocentrics. It's been over a decade since GLK and Gonjasufi have collaborated on new music, bringing the two natives of San Diego back together for something truly special.<br/><br/>As many know, GLK used the triumphs of battling a near death experience three years ago when shaping his debut Cuss Records album. A handful of the tracks were even captured from his bed, unable to walk, with morphine running through his veins and staples in his body. A musical illumination that one could argue helped save his life and steared him towards the achievements he has accumulated with his live band The Gaslamp Killer Experience. Instrumentalepathy marks the catalyst point of an important road for GLK and the electronic community at large.<br/><br/>Instrumentelephy, like his latest releases, continues down the rabbit hole of his debut full length Breakthrough (Brainfeeder) and the recent live record with his band The Gaslamp Killer Experience. Molding psychedelic ethos and heavy drum breaks with the traditional music language of his ancestors and the futuristic landscapes of modern electronica, GLK continues to push the boundaries of contemporary music.