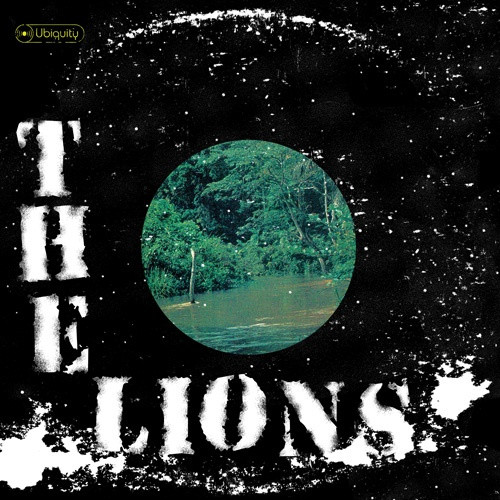 The LIONS is a unique Jamaican-inspired outfit, the result of an impromptu recording session by members of Breakestra, Connie Price and the Keystones, Rhythm Roots All-Stars, Orgone, Sound Directions, Plant Life, Poetics and Macy Gray (to name a few). Gathering at Orgone's Killion Studios, in Los Angeles during the Fall of 2006, they created grooves that went beyond the Reggae spectrum by combining new and traditional rhythms, and dub mixing mastery with the global sounds of Ethiopia, Colombia and Africa. The Lions also added a healthy dose of American-style soul, jazz, and funk to create an album that's both a nod to the funky exploits of reggae acts like Byron Lee and the Dragonaires and Boris Gardner, and a mash of contemporary sound stylings.

The Lions are an example of the ever-growing musical family found in Los Angeles. There is a heavyweight positive-vibe to be found in the expansive, sometimes artificial, Hollywood-flavored land of Los Angeles. Many of the members of the Lions met through the LA staple rare groove outfit Breakestra and have played in many projects together over the past decade. It was through discussions about The Lions taking place between band conductor Todd Simon and Ubiquity that recent releases by Orgone and Connie Price came to be.

Reggae is a tough genre for a new ensemble act, like the Lions, to dive head-first into and pull off with unquestionable authenticity. This is perhaps especially true when, as with the Lions, the majority of the players are so entrenched in the funk scene. But the band did so by paying a huge amount of respect, and by tapping into a mass collective base of education and experience. "I had studied my fair share of Jamaican music by the time opened up for the Skatalites (on my 21st birthday!) Soon after, I became one of the hornsmen for the Soul Syndicate (aka Techniques All-Stars; creators of the "Bam-Bam"/"Stalag 17" riddim; and worked with Yabby You) backing up all of my favotites: Leroy Sibbles from the Heptones, Derrick Morgan, Cedric Brooks," explains Simon. "Some members of the Lions and I have also backed up such legends as Alton Ellis and Barrington Levy. I have always been a fan of Jamaican-inspired music - from 2 Tone to the remix stylings of King Tubby and Lee Perry," he adds. "None of us feel like we're experts though," says bandmate Dan Ubick. "Reggae constantly teaches me things and humbles us. You think you know something then you hear some track you've never heard and it just floors you. I've been listening to things like the Wailers for 20+ years now and I still hear new things in those songs. It's deep music."

One of the first tracks to emerge from the Killion session was a Rock Steady arrangement of Lyn Collins' "Think" which features a fantastic vocal performance from Noelle Scaggs. "I had always dreamed about making the track with that twist, and the result ended up being special. I wanted to put together a project that was on the more soulful and funky side of reggae with big horns and in-the-pocket grooves," says Simon. His enthusiasm for a new style Jamaican-inspired project was mirrored by his bandmates. "We all have enormous respect for Jamaican music, have been fans our entire lives plus we all just have a good time hanging out!" adds Ubick. The basic tracks were created in just three sessions total, and then horn and vocal overdubs were added later. Almost all the cuts we just created on the spot. "Drummer Blake Colie Might have a percussion idea, Dave Wilder would add a bass-line, then all of us would just fall in with parts," explains Ubick. Only "Ethiosteppers" (previously written by Simon), "Sweet Soul Music" (written by Ubick) and "Tuesday Roots" (written by Orgone's original line-up of Dan Hastie, Sean O'Shea, Tim Glum and Sergio Rios) were previously conceived notions. Everything else was spontaneous and improvised, and this allowed for a multitude of edits, and a truly free-flowing album. After the Killion sessions, most vocals were recorded at Ubicks Lion's Den Studios, and horns completed the picture at Simons Nu Fi studio. With tracks leaking out to friends an immediate sense of anticipation and excitement has grown about the band. So far this led to two high-profile gigs for the previously unheard of act. An opening for Antibalas in Los Angeles put the Lions in front of a packed-house at the Troubadour. A second gig at the Sunset Junction Festival in Silverlake saw the band play alongside Breakestra to a sun-soaked crowd that swelled into the tens of thousands.

Bandleaders Simon and Ubick are catalysts and musicians integral to many of the projects coming out of LA, and Ubiquity. From Madlibs Sound Directions, and Yesterdays New Quintet, to Connie Price, Orgone, etc. Simon has become a virtual in-house arranger for Ubiquity and appears on the Ohmega Watts "Watts Happening" album as well as new/upcoming releases by Clutchy Hopkins and with Ubick on the as yet unreleased Greyboy album.

"Playing-wise we've all always been in different bands playing different styles, for the Lions though we really wanted to fine-tune the Jamaican feel as best a bunch of non-islanders could," says Ubick. "As far as Reggae pedigree is concerned, we've studied under the some talented people. Blake Colie played with Leonard Dillon. Dan Hastie, Davey Chegwidden, Dave Wilder and myself backed up Barrington Levy with Rhythm Roots All Stars. We were also lucky to have Fish, the original drummer for Fishbone and a fantastic reggae drummer, on the Barrington gig with us, too".A1 Thin Man Skank
A2 Ethio-Steppers
A3 Jungle Struttin'
B1 Sweet Soul Music
B2 Hot No Ho
B3 Cumbia Del Leon
C1 Lankershim Dub
C2 Tuesday Roots
C3 Fluglin' At Dave's
D1 Think (About It)
D2 Givin Up Food For Jah 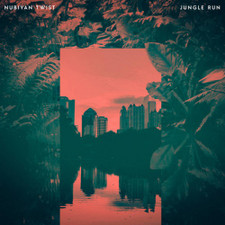