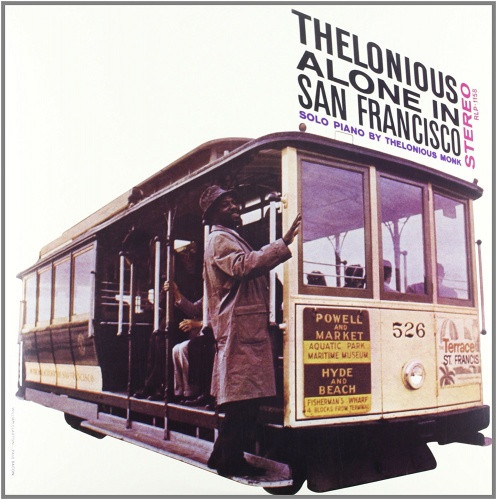 DOL limited edition 180g gatefold version with extra photos, a must for all serious completists! With the robust ambience of Fugazi Hall in San Francisco at his disposal, Thelonious Monk recorded ten unaccompanied tracks over two days to create a long-awaited sequel to his immensely endearing Thelonious Himself long-player. As had become somewhat customary for Monk, he brought with him a healthy sampling from his voluminous back catalog, cover tunes, as well as a few new compositions. What is most immediately striking about these recordings is the rich and accurate sound stage at Fugazi Hall. The overtones are rich and thoughtful in their ability to animate Monk's recreations of some of his most endearing works, such as the pair that opens this set. "Blue Monk" still retains the proud stride and walking blues heritage of previous renderings. Adding a bit of off-tempo improvisation, Monk propels and emphasizes the rhythmic swing even harder. He is obviously also enjoying what he is hearing. The audible maturity guiding Monk through the familiar, albeit offbeat, chord progressions of "Ruby, My Dear" is striking. His nimble reflexes and split-second timing render this version superior. Again, the sound of the hall offers even more to enjoy from this performance. It is unfortunate that the playful solitude of "Round Lights" was never revisited. This freeform composition is framed within a blues structure, yet reveals all of the slightly askew freedom of a Monk original. The recreation of an old 1920s hit, "There's Danger in Your Eyes, Cherie," is another of the highlights from Thelonious Alone in San Francisco that was never recorded again by Monk. The noir qualities are immeasurably enhanced by Monk's oblique phrasings as well as the eerie resonance of the Fugazi. This is an absolute must-own recording -- Monk enthusiast or not.