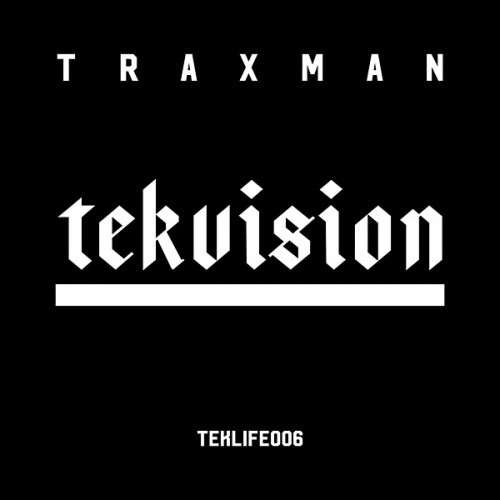 A leading figure and respected elder in the Teklife family, Traxman has waited patiently while releases from young upstarts like Taso and DJ Earl have been enjoyed by footwork lovers all over the world. Now the time has come for Traxman to take center stage, presenting a collection of new material that demonstrates his mastery of the footwork sound.

Tekvision arrives hot on the heels of Teklife 005: Greenlight by DJ Manny (TEKLIFE 005LP), bringing an interesting contrast of production methods and styles. A prodigious crate digger, Traxman has provided the sample sources for many of footwork's classic tracks over the years. So while DJ Manny recorded the majority of the vocals on Greenlight himself, Traxman uses his expert sample flipping techniques to add the human element to his productions. Traxman is a mainstay of the Chicago underground, with a discography stretching back to the golden era of Dance Mania Records in the 1990s.

Ghetto house was an important precursor to footwork, and Traxman was a key figure during this transition. Echoes of the ghetto house sound resonate through Tekvision, with tracks like "Drop It Down" and "Twist The Party Out" paying homage to the origins of juke and footwork music. "Be Gagen", featuring DJ Earl, is a beautiful opening track, with a soulful, melancholic synth unfolding patiently over a half-speed beat. When the bass kicks in shortly after one-minute, it has a profoundly uplifting effect and the late arriving vocal rounds off the composition perfectly. Many of the tracks demonstrate brilliant and playful manipulation of vocal snippets, with "Let Me Get Up" and "Control Ya Bitchezzz" among the finest examples of this art. Finally, "Tone Deaf" and "Whop Line" show yet another side to Traxman's sound with an intoxicating and angular mix of bass and bleeps. RIYL: DJ Rashad, DJ Spinn, DJ Deeon, Jammin Gerald. 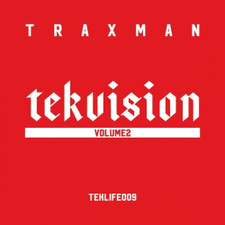