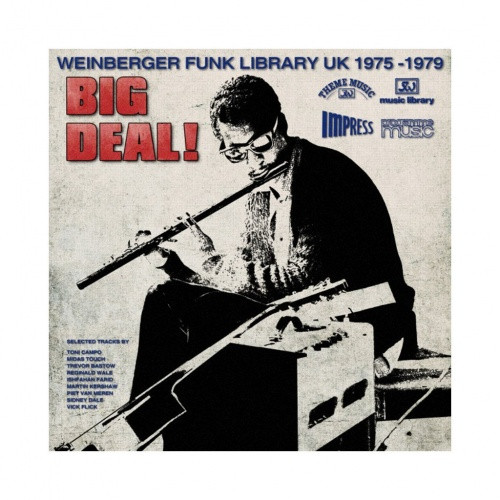 Killer funk compilation full of highlights from the music archives of Josef Weinberger Ltd. in London, pulled from the most famous library albums on labels like JW (Josef Weinberger/ Theme Music), IA (Impress) or PM (Programme Music). First selection of 16 lost tracks by Toni Campo, Midas Touch, Trevor Bastow, Sidney Dale or Vick Flick, oscillating between jazzfunk, soul music, proto techno and eastern-tinged disco, with open drum breaks, fat bass lines and plenty of horns/ wah wah/ organs/ vibes/ flutes/ electronic effects. Recorded from the master tapes, restored and mastered 2016 for 6-Page-Digipack-CD and limited vinyl LP, comparable to the best works of KPM, De Wolfe or Bosworth.<br/><br/>The history of music publisher Josef Weinberger goes back to the late Victorian era. He founded his publishing business in Vienna in 1885, mainly licensing stage works from the fields of Classical music. Over the years his company expanded into many more music genres, with its associated sound library "JW Media Music" as a leader in its field. Already at the beginning of the 1970s, JW Media started to produce countless vinyl LPs in the UK, presenting hundreds of tracks in various musical stylings on their record labels "JW/ Theme Music", "Programme Music" and "Impress", as specially commissioned music for inclusion into radio, TV, movies or advertising.<br/><br/>With this new sound collection from the vaults of Josef Weinberger, we dig deeper into the fascinating library music of Toni Campo, Midas Touch, Trevor Bastow, Vick Flick, Sidney Dale and other uncommon musicians, who used to work behind the scenes, usually composing for various music production companies. They are responsible for some of the most exciting library music ever recorded. None of their tracks were available for the regular music stores, while the carefully produced vinyl records were solely distributed from business to business, limited to pressings of only a few hundred as strictly promotional items. After countless months of research we are happy to finally present 16 rare tracks from the most wanted Weinberger albums recorded over a five year period from 1975 until 1979.