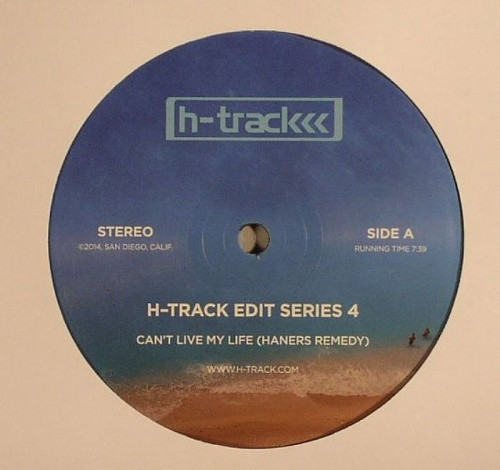 For volume 4, H-Track is joined on production duties by Mancunian chum Haners and old time associate Tony Watson, who makes his edit debut. Haners jumps straight into the action on the A-side with an amazing extension of Dutch soft rock also-rans Rene And His Alligator and their 1982 recording "Can't Live My Life". There's no doubting that this is one of those songs that makes you think there is a galactic ocean's worth of more to discover, just when you thought you'd heard it all! A gentle yacht rock groove rolls away underneath the exotic kalimba and West Coast guitar licks while Renee's vocals steal you away to a distant land. It's a divine trip you don't want to end so it's just as well that Haners has doubled the length.

On the flip, official edit debutant Tony Watson gets his scalpel stuck into the opening track of Eurthmics' soundtrack for the big screen adaptation of 1984. Dave Stewart described the album's sound as "Kraftwerk meets African tribal meets Booker T and the MGs", and it's difficult to disagree when you're listening to a zero gravity afro cosmic bomb of this magnitude. Watson's rearrangement takes the original to the next level of Baldellian brilliance and provides a lysergic dancefloor delight of the highest order.

Last up, it's the turn of H-Track himself to take centre stage, which he does with the panache of a seasoned pro. Finally making his long time secret weapon "Lifestream" available for public consumption, H-Track unleashes an intergalactic wormhole powerful enough to invert the fabric of space itself. From an opening reminiscent of an 80s new age album, the track kicks into gear and transforms into a cosmic dancer you'll be powerless to resist with it's chugging bass power and hypnotic synth parts 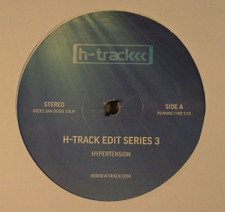 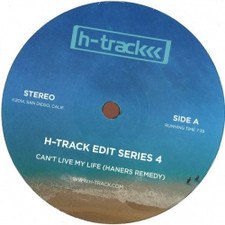 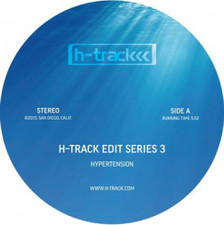 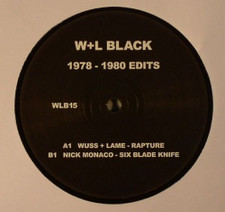 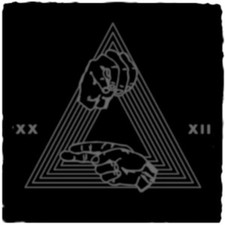