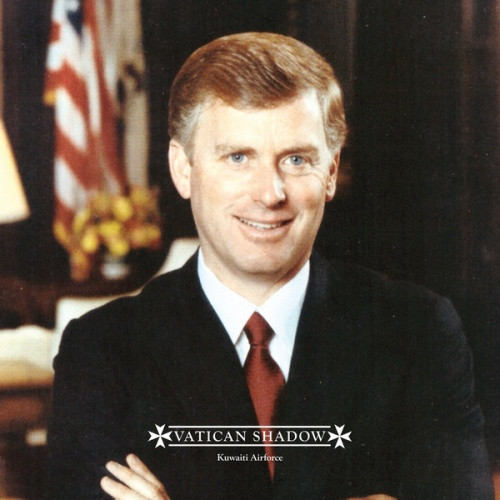 The rarest of all Vatican Shadow's tape releases (only 25 were made), Kuwaiti Airforce now appears on double vinyl alongside obscure cuts and previously unreleased collaborations with Silent Servant and Demdike Stare in the fourth vinyl collection of early, hard-to-find VS editions. Back at the start of this decade the underground conversation between noise, techno, and ambient music manifested definitively through Vatican Shadow's eerily evocative glut of tape releases for Hospital Productions. Clad in militaristic imagery and titled after phrases lifted from media articles about the War On Terror, the project became one of very few to contemporaneously attempt to musically reflect the state of international geopolitics, and did so in a manner that resonated with the subversive post-industrial music and politics of Muslimgauze and Whitehouse -- who were both key touchstones for Dominick Fernow (Prurient, Vatican Shadow, Rainforest Spiritual Enslavement). The Kuwaiti Airforce tape which lends this set its title was only available in edition of 25 copies at Vatican Shadow's September 29, 2012 show in LA with Silent Servant, Demdike Stare, Andy Stott, and Kangding Ray. Its two bombed-out blasts of rhythmic noise are now available on the first disc here, backed with two previously unreleased works written in 2012: a deep, rolling techno collaboration with Juan Mendez, lodged somewhere between his Silent Servant output styles for Sandwell District and the seminal Negative Fascination LP (HOS 357LP); and a more messed-up, sub bass-mired rework by Demdike Stare, who were still clearly in the mood surrounding their classic Elemental LP (LOVE 1077CD). The second disc however highlights cuts from earlier and more obscure releases, rounding up two powerful, even darkly romantic pieces of sturm und drang from 2010's Around The Dragon's Broken Neck... double-cassette, plus his opiated half of a split with Contrepoison and a cranky grinder that was only found on the White Eye Of Winter Watching compilation, both issued by Hospital Productions in 2011. Mastered and cut at Dubplates & Mastering, Berlin. 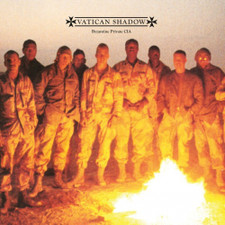