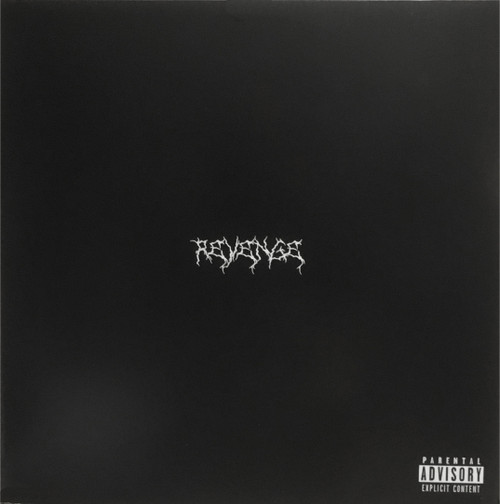 import version sealed in a poly bag, on black vinyl - Revenge is a brief eight-song mixtape by controversial rapper XXXTENTACION, containing tracks previously uploaded to SoundCloud. It's his first commercially available release, following the breakout success of his brash, outrageously distorted single "Look at Me!," which was originally released in early 2016 before being re-released a year later, when he signed to Empire. "Look at Me!" appears on the release, along with other fan favorites such as "I Don't Wanna Do This Anymore" and "Looking for a Star." As with previous releases, XXXTENTACION incorporates trap, hazy R&B, and alt-metal influences into his work, and his vocal styles range from whispering to screaming.