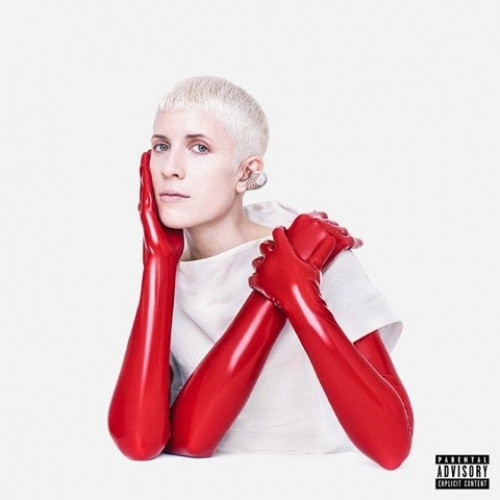 indie-only white vinyl version! includes poster & download. On their most ambitious album yet, Yacht produce playful electro-pop infused with social commentary. It opens with “Miles & Miles,” and epic, evolving track that builds from spare robo-rock to frothy electro-funk, that deals with post-millennial existentialism (“when I look at myself, what I see there looking back is nothing, nothing but an alien”) and seeks a sort of robotic bacchanalia as an outlet. Mirrors are a common theme, as in “White Mirror” (“I don’t know which one is me,” frontwoman Claire L. Evans deadpans) over a funhouse of digital vocals and slow throbbing bass. Musically, the band remain inspired by new-wave weirdos like Yello, Yaz and Devo, but their confrontational nature and lyrical buzzwords keep things current—“Ringtone! Ringtone! I’m callin’ look at your phone!” Evans sings over a brutal beat and intricate synth bass on “Ringtone.” Though their lyrics can seem a little obviously pointed, as on the “crowdsourced cults” and “unrestricted sidearms” they sing about on the title track, most of the time its couched so skillfully that you don’t mind—those lyrics inform the melancholy that infuses the song’s sultry, Blondie-ish disco strut. Yes, the future we once imagined seems awful at times, but Yacht succeed at making it seem a little bit cooler on their latest.

1 Miles & Miles
2 White Mirror
3 Matter
4 Ringtone
5 I Thought The Future Would Be Cooler
6 L. A. Plays Itself
7 I Wanna Fuck You Till I'm Dead
8 Hologram
9 Don't Be Rude
10 War On Women
11 The Entertainment