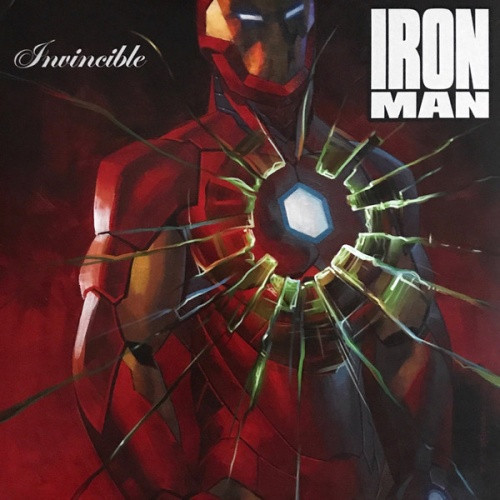 2018 reissue in a special Marvel-themed jacket & on red vinyl - Probably the most hyped debut album by a rap artist in about a decade, most likely since Snoop's Doggystyle (1993) or perhaps Nas' Illmatic (1994), 50 Cent's Get Rich or Die Tryin' certainly arrived amid massive expectations. In fact, the expectations were so massive that they overshadowed the music itself -- 50 becoming more of a phenomenon than simply a rapper -- so massive that you had to be skeptical, particularly given the marketing-savvy nature of the rap world. Even so, Get Rich is indeed an impressive debut, not quite on the level of such landmark debuts as the aforementioned ones by Snoop or Nas -- or those by Biggie, Wu-Tang, or DMX either -- but impressive nonetheless, definitely ushering in 50 as one of the truly eminent rappers of his era. The thing, though, is that 50 isn't exactly a rookie, and it's debatable as to whether or not Get Rich can be considered a true debut (see the unreleased Power of the Dollar [1999] and the Guess Who's Back? compilation [2002]). That debate aside, however, Get Rich plays like a blueprint rap debut should: there's a tense, suspenseful intro ("What Up Gangsta"), an ethos-establishing tag-team spar with Eminem ("Patiently Waiting"), a street-cred appeal ("Many Men [Wish Death]"), a tailor-made mass-market good-time single ("In da Club"), a multifaceted tread through somber ghetto drama (from "High All the Time" to "Gotta Make It to Heaven"), and finally three bonus tracks that reprise 50's previously released hits ("Wanksta," "U Not Like Me," "Life's on the Line") -- in that precise order. In sum, Get Rich is an incredibly calculated album, albeit an amazing one. After all, when co-executive producer Eminem raps, "Take some Big and some Pac/And you mix them up in a pot/Sprinkle a little Big L on top/What the f*ck do you got?" you know the answer. Give Em (who produces two tracks) and Dr. Dre (who does four) credit for laying out the red carpet here, and also give 50 credit for reveling brilliantly in his much-documented mystique -- from his gun fetish to his witty swagger. 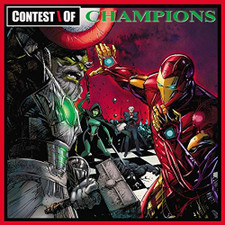