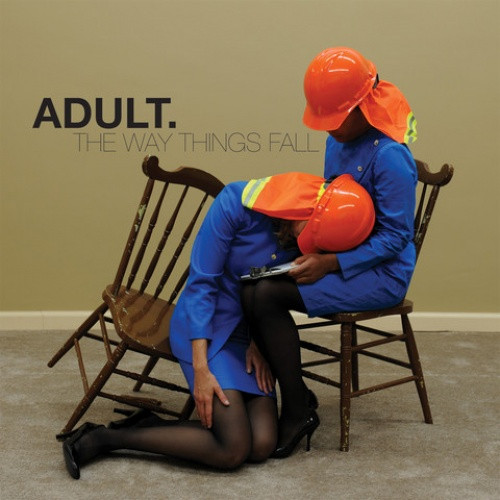 "A good friend of ours said after hearing an advance copy of this record that ADULT. used to sit on the sidelines and critique the idiosyncrasies of culture, but now we are on the inside, sending our message out." So says Adam Lee Miller of The Way Things Fall, ADULT.'s fifth album and a record that genuinely deserves the oft-abused music industry epithet "long-awaited." Miller pauses before adding wryly, "We agree."

The Way Things Fall is an album that looked like it might never happen, because since the release of Miller and his partner Nicola Kuperus' last record — 2007's Why Bother? — the duo have been largely absent from the world of music. "After a long world tour, we totally burnt out," Miller relates. "We decided we wanted to do something completely different." That something was a trilogy of films entitled the Three Grace(s) triptych, completed in 2010, along with a variety of other pursuits, including managing a major commercial building renovation and working on their visual art projects.

When Miller and Kuperus re-entered the studio in 2012, there was no intention of making another album — they planned to record a 12" containing two new songs they'd written in 2012 for their return to live performance at the Detroit Museum of Contemporary Art. But it turned out that the time away from music had recharged ADULT.'s batteries, and then some. "We were apparently a dam that was ready to break," says Kuperus. "We were writing frantically, as if in a frenzy."

The result is a record that sounds both focused and coherent, flowing with a conceptual ease. "[The album] flowed efficiently and agreeably for us," says Miller. "We have never worked better together. We believe this is because we exorcised all of our demons through our past records, we have no baggage, we started anew. We left behind the self-conscious adolescents." And indeed, ADULT. have never sounded so self-assured, so poised, and so vital.

The songs are some of the most memorable the band have recorded — Miller describes them as "the closest we have to come to writing traditional 'pop' songs, even though we know they are totally mutants," and he's right on both fronts. From the whiplash synth lines of the opening "Heartbreak" to the ship's bell sample that closes the record, the songs are full of the sort of memorably twisted melodies we've come to expect from the band. Analogue sounds predominate, and notably, there's no bass guitar at all: "This wasn't a conscious decision, but something realized at the end of the process."

The lyrics address issues that Kuperus describes as "personal and universal," illustrating themes of relationship-related fear and doubt with striking and occasionally surrealist imagery — "Nothing Lasts" finds Kuperus claiming "I can see in to your mouth/ Down into your throat/ Straight to your heart/ Tears me apart," while the somber "A Day Like Forever" deploys images of time stretching and disappearing, and "Tonight, We Fall" describes feelings as tangible objects that "stick to you, stick to me." The contrast between the reflective lyricism and the squelching analogue synth textures they inhabit creates music that's both deeply heartfelt and viscerally thrilling, something that's been a constant feature of ADULT.'s work over the years. 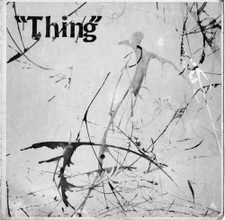 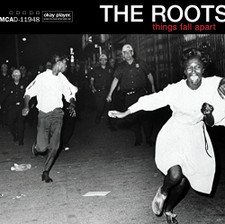