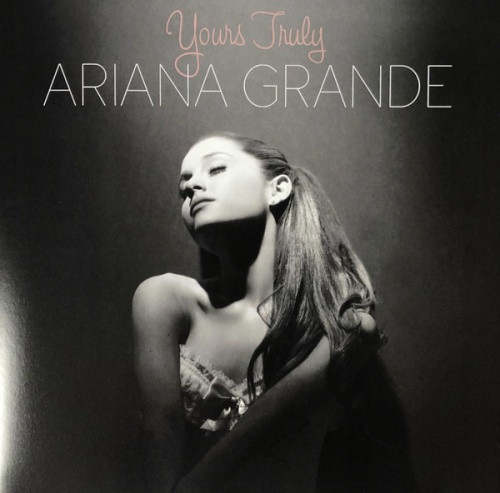 The debut album from Ariana Grande, 2013's Yours Truly, is a surprisingly sophisticated and unique showcase for the Nickelodeon sitcom star's soulful R&B vocals. As the character Cat Valentine on several Nickelodeon television shows including I Carly, Victorious, and Sam & Cat, Grande developed a huge fan following and the expectations were high for her debut album. Three years in the making and held up by numerous delays, Yours Truly lives up to those expectations.

Produced by Kenneth "Babyface" Edmonds, Yours Truly is an impeccably engineered affair. In fact, one would be hard-pressed to find a better platform for Grande's voice. A resonant singer gifted with a lithe affinity for both high-energy melisma and gentle balladry, Grande often brings to mind the intonations of Mariah Carey. Of course, with Edmonds at the helm, along with a bevy of commercially minded songwriters, the Carey comparisons are unavoidable and most likely intentional. Thankfully, Grande has the chops to pull it off, and Yours Truly makes the most of her talent. To these ends, tracks like the opening "Honeymoon Avenue," with its sophisticated orchestral intro, and the bright and funky "You'll Never Know" sound like lost early-'90s R&B hits. Though Grande has the talent to carry the album on her own steam, several tracks team her with guest performers, including the single "The Way," which features rapper Mac Miller; "Right There" with Big Sean; and "Popular Song," featuring Mika. Ultimately, cuts like "Baby I" and the jazz-inflected showstopper "Almost Is Never Enough," featuring the Wanted's Nathan Sykes, are bravura pop recordings that bring to mind the best of the '90s and of now.