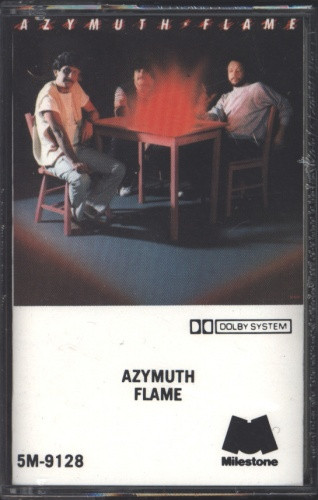 still sealed! Most Azymuth fans will tell you that 1984's Flame is among the Brazilian combo's most essential releases. Some feel that it is the best thing Azymuth ever recorded, although one could easily argue that 1987's superb Crazy Rhythm is every bit as essential. At any rate, there are no dull moments on Flame. Every track on this six-song LP is a winner, and that includes singer/keyboardist José Roberto Bertrami's hypnotic "The Prisoner" (which sounds a bit like something Lonnie Liston Smith would have done in the 1970s or early 1980s), as well as drummer Ivan Conti's playfully funky "Right On" and the gentle "Tamal Vista Boulevard" (which Bertrami co-wrote with bassist Alex Malheiros). Meanwhile, "The Textile Factory" is a sensuous, caressing piece that features guest vocalist Flora Purim (who doesn't appear on any of the other selections), and the exuberant "Rapa Poeira" is an especially percussive number that captures the joyous spirit of Rio de Janeiro during Carnival. A departure from the sleekness that Azymuth often favored, "Rapa Poeira" is raw and skeletal -- nothing but percussion and vocals -- and they end up sounding like a downsized version of one of Brazil's legendary samba schools. But "Rapa Poeira," like most of the album, wasn't actually recorded in Rio. Except for the dusky title song, Flame was recorded in Fantasy's Berkeley, CA, studio instead of Rio. But, regardless of where it was recorded, Flame is a treasure that anyone with even a casual interest in Azymuth should own. 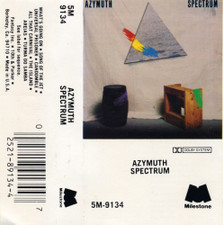