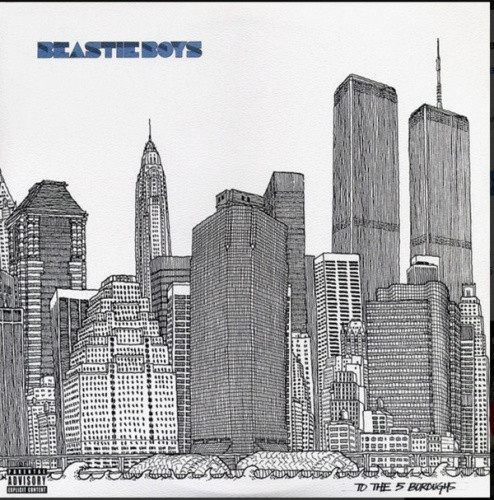 2017 reissue in a gatefold jacket - Six years is a long time, about one-and-a-half generations in pop music and a fairly large chunk out of anyone's life, two sentiments that come into play on the Beastie Boys' sixth album, 2004's To the 5 Boroughs. When the Beasties last delivered an album, it was in the summer of 1998 as the Clinton impeachment scandal was heating up, and just as that sordid saga closed the curtain on the swinging '90s, Hello Nasty served as both a culmination of the New York trio's remarkable comeback and as a capper to the alt-rock boom of the '90s, the last album of the decade to capture what the '90s actually felt like.

Not only is the political and cultural landscape of 2004 much different than that of 1998, the Beasties are a different band in a different position. They're no longer on the vanguard of pop culture, setting the trends and styles, nor do they embody their time; like it or not, the po-faced, humorless brooding of Coldplay and Wilco is an appropriate soundtrack to the drab, dark days of the early 2000s. No, the Beastie Boys are no longer groundbreakers; they're elder statesmen, operating outside of the fashions of the time. This has as much to do with maturity as it does with changing times. Now that Ad-Rock, MCA, and Mike D are all nearly 40, they're not as interested in being the world's hippest group, as evidenced by their abandonment of their Grand Royal empire at the turn of the decade, and that suspicion is borne out by To the 5 Boroughs.

Like many musicians at middle age, the Beasties are a little set in their ways, ignoring modern music nearly entirely and turning to the music of their youth for sustenance. For the Beasties, this means heavy doses of old school rap spiked with a bit of punk, which admittedly isn't all that different from the blueprints for Check Your Head, Ill Communication, and Hello Nasty, but the attack here is clean and focused, far removed from the sprawling, kaleidoscopic mosaics of their '90s records. In contrast, To the 5 Boroughs is sleek and streamlined, with all the loose ends neatly clipped and tied; even the punk influences are transformed into hip-hop, as when the Dead Boys' "Sonic Reducer" provides the fuel for "An Open Letter to NYC." Given the emphasis on hip-hop, it may be tempting to label Boroughs as an old-school homage, but that isn't accurate, since nothing here sounds like a lost side from the Sugarhill Records stable. S

till, old-school rhyme schemes and grooves do power the album, yet they're filtered through the Beasties' signature blend of absurdity, in-jokes, and pop culture, all served up in a dense, layered production so thick that it seems to boast more samples than it does. Apart from an explicit anti-Dubya political bent on some lyrics, there's nothing surprising or new here, and the cohesive, concise nature of To the 5 Boroughs only emphasizes the familiarity of the music. Familiarity can be comforting, though, particularly in troubled times, and there's a certain pleasure simply hearing the trio again after six long years of silence, particularly since the Beasties are in good form here, crafting appealing productions and spitting out more rhymes than they have since Paul's Boutique. If there are no classics here, there's no duds, either, and given that the Beasties' pop culture aesthetic once seemed to be the territory of young men, it's rather impressive that they're maturing gracefully, turning into expert craftsmen that can deliver a satisfying listen like this. That's a subtle achievement, something that will likely not please those listeners looking for the shock of the new from a Beastie Boys record, but judged on its own musical merits, To the 5 Boroughs is a satisfying listen, and convincing evidence that the trio will be able to weather middle age well. 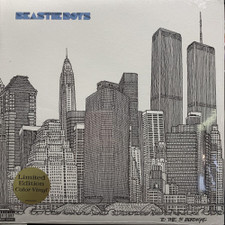