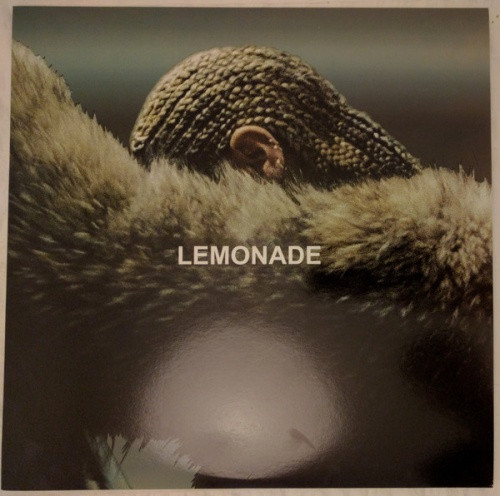 import vinyl release - Beyoncé is on a roll. Her latest, another "visual album" with corresponding videos in the mold of her 2013 self-titled set, renders infidelity and reconciliation with a cinematic vividness. On her sixth solo album, Beyoncé Knowles Carter starts rolling mid-scene: She’s just realized that her husband is cheating on her. The surrounding context is familiar to anyone who follows popular culture. Beyoncé and Jay Z are the most famous musical couple on the planet, and Beyoncé in particular is in a great place. With 2013’s Beyoncé, MJ-level talent met pop-perfectionism in a moment that defined album-cycle disruption; moreover, it was a victory lap Bey took as pop feminism's reigning goddess. Jay Z, on the other hand, is a rapper who used to rap brilliantly and sometimes still sounds good when he really tries, but his music has become secondary. Over the course of their eight-year marriage and long courtship before that, Jay Z and Beyoncé’s private relationship seemed to play out in song, in concert, and of course, in the tabloids. But Beyoncé’s “smile pretty and give no interviews” approach to public relations over the last couple of years, combined with “the elevator incident” and subsequent speculation about the state of their marriage, and followed by their public makeup (see: VMAs 2014, On the Run Tour), has suggested that something has changed, but that Beyoncé would prefer we not know the specifics.

Lemonade shatters this theory. If the album is to be considered a document of some kind of truth, emotional or otherwise, then it seems Beyoncé was saving the juicy details for her own story. Because nothing she does is an accident, let’s assume she understands that any song she puts her name on will be perceived as being about her own very public relationship. So what we think we know about her marriage after listening is the result of Beyoncé wanting us to think that. With its slate of accompanying videos, Lemonade is billed as Beyonce’s second "visual album." But here that voyeuristic feeling manifests while listening rather than viewing, given the high visibility of Bey and Jay. The songwriting is littered with scenes that seem positively cinematic, so it helps that you can imagine these characters living them: Beyoncé smelling another woman’s scent on Jay Z, her pacing their penthouse in the middle of the night before leaving a note and disappearing with Blue. Lemonade is a film as well, yet the album itself feels like a movie.

It’s not until the record's second half that you realize Lemonade has a happy ending. At first you might think that Bey is using the album to announce her divorce from Jay’s cheating ass. Because she doesn’t scold, “Don’t you ever do that to me again”—she drags her very famous, seemingly powerful husband publicly, in the process giving the world a modern-day “Respect” in “Don’t Hurt Yourself.” On the “7/11”-style banger “Sorry,” she turns his side-chicks into memes, which will inevitably become “better call Becky with the good hair” sweatshirts that Beyoncé can sell for $60 a pop. Best revenge is your paper.

If you’ve ever been cheated on by someone who thought you’d be too stupid or naive to notice, you will find the first half of Lemonade incredibly satisfying. If you have ears and love brilliant production and hooks that stick, you'll likely arrive at the same conclusion. The run from “Hold Up” to “6 Inch” contains some of Beyoncé’s strongest work—ever, period—and a bit of that has to do with her clap-back prowess. The increasingly signature cadence, patois, and all-around attitude on Lemonade speaks to her status as the hip-hop pop star—but this being Bey, she doesn’t stop there. Via the album’s highly specific samples and features by artists like Jack White and James Blake, Lemonade proves Beyoncé to also be a new kind of post-genre pop star. (Let us remember a time, not very long ago, when Bey and Jay attending a Grizzly Bear show with Solange made headlines.)

Both of these attributes—a methodical rapper’s flow, an open-eared listener’s frame of reference—meet on the slowed-down stunner “Hold Up,” where Beyoncé borrows an iconic Karen O turn of phrase via Ezra Koenig, a touch of Jamaican flavor via Diplo (again), and a plucky Andy Williams sample to fight for her man while chiding him for doing this to her (!), of all people. From there, Bey’s just like, “fuck it—big mistake, huge” and gets (Tidal co-owner) Jack White to join her in dueting over a psychedelic soul jam and a Zeppelin sample as she scowls, “Watch my fat ass twist, boy, as I bounce to the next dick, boy.” As she accuses her husband of not being man enough to handle all of her multitudes, fury frays her voice. Even on an album stacked with some of Beyoncé’s best recorded vocal performances to date, “Don’t Hurt Yourself” has her belting to a whole other dimension—specifically, that of Janis Joplin and late-‘60s Tina Turner. This won’t be the last time Bey dips into the classic vinyl on Lemonade, either: see “Freedom,” which manages to both: a) speak poignantly to Civil Rights as much as personal plight, b) sound like an Adidas commercial; this means it’s the logical choice for next single, assuming Beyoncé is still releasing those.

Bey’s genre-hopping doesn’t always sound quite as transcendent as “Don’t Hurt Yourself,” however. Though certainly memorable (not least because it finds her name-checking the Second Amendment), “Daddy Lessons”—where a country guitar-line meets New Orleans brass in service of her Southern roots—is the least interesting chapter sonically, though the parallels it draws between Jay Z and Beyoncé’s own cheating father still make it crucial in the context of Lemonade’s narrative. It’s hard to see how Beyoncé could have done without any of these scenes to tell the story (not even “Formation” in the end-credits), and though the specific sounds may not be as forward-thinking as those of her 2013 self-titled, there are clear reasons for every musical treatment she has made here. Lemonade is a stunning album, one that sees her exploring sounds she never has before. It also voices a rarely seen concept, that of the album-length ode to infidelity. Even stranger, it doesn’t double as an album-length ode to breaking up.

Yes, after Beyoncé makes nearly half an album’s worth of glorious rage songs directed at an unfaithful partner, she gives it a little time and remembers that she was raised to value hard work and spirituality. And so, she can’t give up on her marriage, the same one she spent her last two albums (mostly) celebrating. Beyoncé even kind of sells it, surmising with a tear-inducing sincerity on relaxed-fit soul jam “All Night” that “nothing real can be threatened.” It’s an easy platitude to make, but it’s also an extremely Beyoncé way of looking at things. For a perfectionist who controls her image meticulously, Beyoncé is obsessed with the notion of realness. That’s the biggest selling point of an album like Lemonade, but there’s a quality to it that also invites skepticism: That desire to basically art-direct your own sobbing self-portrait to make sure your mascara smears in the most perfectly disheveled way. But who cares what's "real" when the music delivers a truth you can use. A1 Pray You Catch Me 3:16
A2 Hold Up 3:41
A3 Don't Hurt Yourself 3:54
B1 Sorry 3:53
B2 6 Inch 4:20
B3 Daddy Lessons 4:48
C1 Love Drought 3:57
C2 Sandcastles 3:03
C3 Forward 1:19
D1 Freedom 4:50
D2 All Night 5:22
D3 Formation 3:26 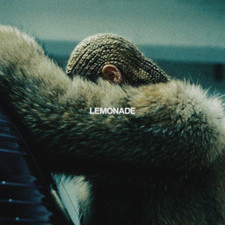