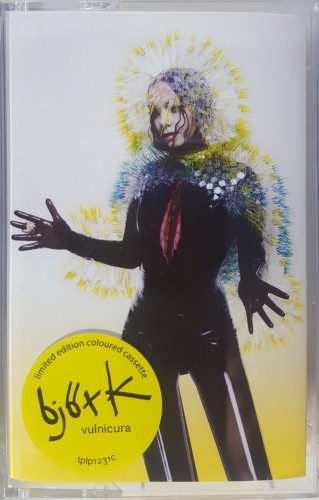 Never one to do things timidly, with Vulnicura Björk delivers a breakup album that doesn't just express sadness -- it immerses listeners in the total devastation of heartbreak. Starting with the album cover's wound/vulva imagery, she explores the tightly linked emotional and physical pain the end of a relationship brings with an intensity that has been missing from her music for too long. As expertly as she wedded feelings and concepts on Medúlla, Volta, and especially Biophilia, hearing her sing directly about her emotions is a galvanizing reminder of just how good she is at it. For the first time in a long time, the conceptual framework of a Björk album feels like it's in service of the feelings she needs to express, and as she traces the before, during, and after of a breakup, she links Vulnicura to the most emotionally bare parts of her discography.

The clearest connection is to Homogenic's electro-orchestral drama, which she updates on "Stonemilker." The way Björk sings "emotional needs" echoes "Joga"'s "emotional landscapes" and prepares listeners for the state of emergency that she's about to throw her listeners into. On "History of Touches," she inverts the hushed intimacy of Vespertine (the album that celebrated the beginning of her relationship with artist Matthew Barney, just as this one chronicles its end) with choppy synth-strings that convey the fractured sensuality of being physically close and emotionally worlds apart. However, Vulnicura's songs are often longer and more deconstructed than either of those albums, and the involvement of co-producers Arca and Haxan Cloak (who also handled most of the mixing) ensures that this is some of Björk's darkest music yet.

"Lionsong" brilliantly captures the nauseating anxiety of an uncertain relationship, its warped harmonies and teetering strings evoking a high-stakes game of "he loves me, he loves me not." Even though Björk crawls out of the abyss on the album's final third, which culminates with the relatively hopeful "Quicksand," that agonizing middle section is Vulnicura's crowning achievement and crucible. The ten-minute "Black Lake" allows Björk the space to let everything unravel, and as the strings drone and the beats tower and topple, her straightforward lyrics ("You have nothing to give/Your heart is hollow") perfectly distill the moments of purging and clarity that eventually point the way out of heartache. Here and on "Family," where Haxan Cloak's claustrophobic production makes Björk's anguish (the way she sings "sorrow" contains multitudes) all the more wrenching, the purity of her expression is both highly personal and universal. Vulnicura honors her pain and the necessary path through and away from loss with some of her bravest, most challenging, and most engaging music. 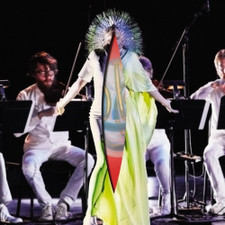 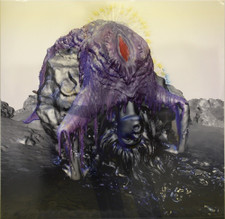