red/yellow splatter version, limited to 2500 - Halsey shows off all her wild musical ambitions on Hopeless Fountain Kingdom, a bold second album that consolidates all the strengths of her 2015 debut Badlands. It's her sprawling science-fiction breakup tale, indulging her taste for wide-screen melodrama – she begins the album by reciting the prologue from Romeo and Juliet, introducing a tale of star-crossed lovers trying to break free from the fatal loins of their families. (Halsey even has a line from Romeo and Juliet inked on her arm: "These violent delights have violent ends.") But of course, in her hands, it turns into the story of a restless young pop star who jets around the world, leaving shattered hearts in her wake, yet still can't find true love, admitting, "I have spent too many nights on dirty bathroom floors."

Halsey keeps Hopeless Fountain Kingdom moving, going for adult dystopian synth-pop realness. She's out to make damn sure nobody mistakes her for some harmless starlet who served as sultry hook girl on that Chainsmokers hit; she shakes off that image like she's dumping a mattress she stole from her roommate back in Boulder. Hopeless Fountain Kingdom sounds more like Trent Reznor's "Closer" than the Chainsmokers' – with flourishes of industrial clank and guitar grind in "100 Letters" ("I find myself alone at night unless I'm having sex"), "Heaven In Hiding" or "Alone." Her Shakespeare-as-Depeche Mode concept holds up even as the tracks jump from one usual mega-producer suspect to the next – Gregg Kurstin to Benny Bianco to Lido.

She duets with Migos' Quavo in "Lies," which presents both sides of a strange relationship gone off the rails, as she sneers, "Are you misled?/I gave you the messiest head." "Good Mourning" is an odd one-minute interlude with a little kid saying, "All I know is a hopeless place that flows with the blood of my kin." "Bad at Love" is a Kiss-worthy tour of beds she's wrecked around the world, from "I got a boy back home in Michigan/And he tastes like Jack when I'm kissing him" to "Got a girl with California eyes." Most daringly of all, Halsey strips down musically to lean on her voice in the vulnerable piano ballad "Sorry," where she worries whether she'll ever like herself enough to let anyone get close to her. She's hardly the first twenty-something pop upstart to face this dilemma. But judging from Hopeless Fountain Kingdom, Halsey could go anywhere from here. 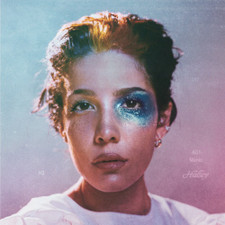 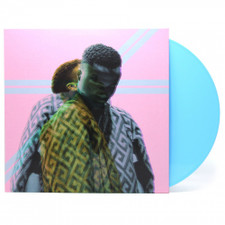 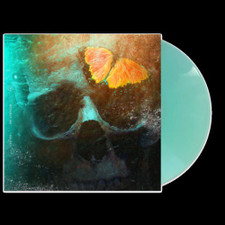