Mac Miller’s K.I.D.S. was first released digitally on August 13, 2010. Mac Miller’s previous mixtapes, The High Life and The Jukebox: Prelude To Class Clown, had gained him some attention by hip-hop listeners around the world. However, K.I.D.S. would make Mac Miller more renowned than ever before. This mixtape was released shortly after Mac Miller signed with Rostrum Records.

“If you’re not a kid anymore, [the mixtape] is about remembering when you were a kid and how you were able to live. This is great for me because I don’t have to pay a bill. I live with my mom. For right now, I just get to be a kid." 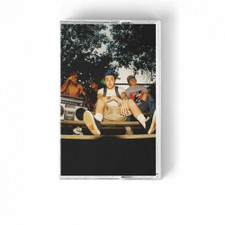